Home » Streaming » What can we do with Kodi player?

What can we do with Kodi player?

Once you have installed and configured Kodi, you will see that you can do more things than you can imagine. To start, you can stream music, videos, photos and other multimedia media from your local storage deviceor, directly, over the Internet. Kodi supports several file sharing protocols such as SMB and NFS, so you can stream from a NAS. With Kodi you can also stream from YouTube and other similar web services thanks to the help of unofficial add-ons.Click here to know about best kodi addons.

Kodi has integrated support to watch live TV. Something important to keep in mind is that live TV differs from other Internet live streaming services. It is something like a simplified version of cable television that works on the basis of radio waves that it receives from a terrestrial TV station. To start, you should have a PVR service and a PVR client, so better, go to the official Kodi tutorial to see an explanation of how to do it.Visit this site to know about best kodi addons.

Kodi also brings support for DVR / PVR, so you can record TV shows. It also has certain Addons that will allow you to listen to the radio and a lot of podcasts. 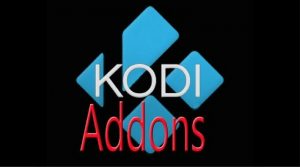 If you want to watch TV using Internet streaming services, you’re in luck. There are several that allow you to stream live TV. Keep in mind that some Addons provide illegal streaming from the Internet.

Kodi also has several Addons that allow you to play while lying comfortably on your sofa. One of the most popular Addons is Internet Archive ROM Launcher (IARL), which allows you to play video games that are available on the Internet.

You can also use wired controllers and USB ports such as the Xbox, but it is advisable to buy an HTPC wireless controller. If for some reason you do not have it or do not want to buy it, Kodihas remote control applications for Android and iPhone. Anyway, you will also need the Remote-Control Apps to have something similar to a remote control in Kodi.