Choosing Awards For The Modern Cheerleader

Cheerleading has changed from outdated notions of being little more than a side spectacle for football, basketball, and other sports. It’s now increasingly recognized as a serious sport that requires dedication, strength, and skill on a whole other level.

It’s also more than just an after-school activity for grade and high school girls; it’s an athletic pursuit for committed young people, male and female. A growing number of boys and young men have shown an interest in cheerleading in more recent years, and more dynamic and diverse routines have increased calls for more male cheerleaders. It’s a sport that is modernizing and gaining appreciation across the country and around the world.

This is why the process of choosing cheerleading trophies and awards has changed as well. For years, most cheerleading trophies featured a typical multi-tiered structure topped with a gold figure holding raised pompoms. The modern cheerleader, however, has earned a lot more options when it comes to marking a victory, and today’s trophy makers have caught on. 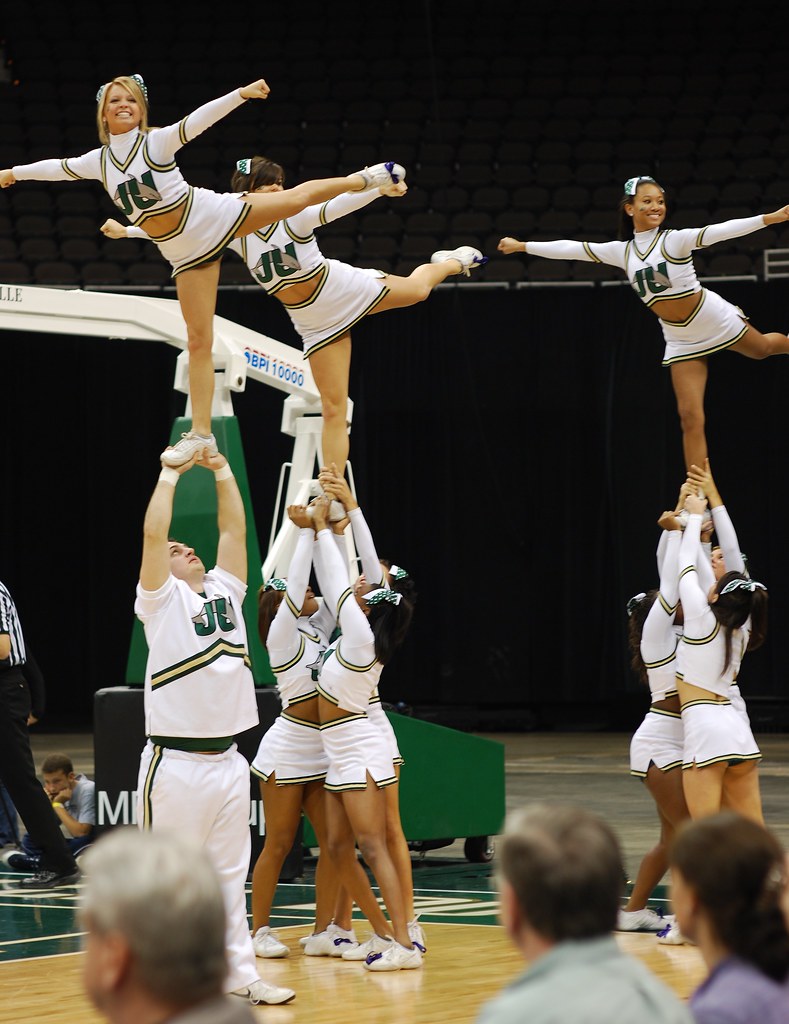 Some of the most popular types of awards for modern cheerleaders are a departure from ornate multi-tiered, gold-tone trophies that are associated with youth sports and squad competitions. Instead, there is a focus on a more stylized esthetic using traditional materials like resin as well as crystal and acrylic.

Instead of conventional tiered and cup trophies, modern awards resemble statues that are customized to a specific event, organization, or sponsorship. Simplified, highly stylized awards are a trend that became popular, partly because they reflect statues given out at celebrity award ceremonies. They also lend themselves to a more diverse pool of winners, as cheerleading has become a sport for all different types of people, who aren’t always represented in one type of cheerleading figure or symbol.

Winners also appreciate nontraditional trophies to add variation to their awards displays and showcases. Crystal statues and resin plaques add interest among rows of conventional trophies finished in gold and mylar. No two competitions or victories are the same, so why should every trophy look like a different version of a single standard?

Last but not least, today’s trophy manufacturers have made it possible to incorporate customizations that go beyond engraved plates and color changes. Unique graphics, laser printing, and other design elements can be selected and added digitally, which maximizes your ability to customize an award to an event in a matter of minutes. This is why, even with so many options, it’s easier to create a show-stopping award for you and modern cheerleading athletes.